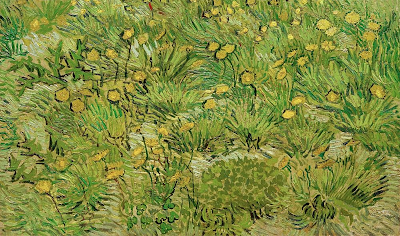 It was Ellen's mother who suggested that as long as they were going on a picnic they might as well go to the meadow and dig what she called "a mess of greens." Mrs. Kennedy laughed when she saw Hedy's expression.
"Hedy doesn't know what a mess of green is," she explained. "They're dandelion greens."
"You mean those yellow flowers?"
"Yes, but you dig green leaves before the flowers come out. If you wait until they blossom, the greens are bitter."
"Do you mean you eat them?"
You certainly do, and they're delicious. Nothing tastes better in the spring."
"Umm." Mrs Champlin seemed to be tasting them already.
"Don't you believe them, Ellen cried indignantly. "They taste horrible. No matter when you pick them, weather they've got flowers or not, they always taste bitter."
Mrs. Champlin and Mrs, Kennedy were amused at Ellen's outburst, but they still insisted that they wanted dandelion greens, and it developed that the mothers of the other girls felt the same way.
"They're pure poison," Susan said gloomily. "But grownups like them, and they always try to make you eat them because they're supposed to be good for you."
_ _ _
Saturday morning was another beautiful day, warm enough for Hedy to discard her coat for her sweater, She carried with her a paper bag and a short knife, as well as her lunch.
_ _ _
There was a trick to digging dandelion greens, Hedy found. You didn't pick just the leaves; you had to dig up the short root too. Then the root had to be scraped with the knife until the dirt was off. Nancy advised Hedy to clean the greens as they were picked.
​"It seems to take longer and you don't pick as many, but when you're done, you're done", said Nancy.
And you better get them good and clean," warned Ellen, "or your mother will be wild. Once my mother threw out a whole bagful I dug because I didn't clean them."
It was pleasant kneeling on the grass, busily digging, with the sun warm on her back. Hedy took off her sweater. It was slow work, and she felt discouraged until she looked at the other girls' bags. They were doing no better than she was.
​By noon their bags were almost full, and they left their task only too gladly to eat their lunches.
​_ _ _
Mrs. Kennedy was delighted with the greens. She immediately sent Mary Rose to ask Grandmother to come to supper, because she was fond of greens. Hedy hovered about, watching as her foster mother washed the greens in many changes of water until not a speck of dirt clung to the leaves. She watched as a piece of bacon was cut and put in the pot, and the lid set on firmly. Then she set the table, cut the butter, poured the milk, and made herself helpful, so that by the time Mary Rose and Mrs. Lynch arrived, and Dad came through the back door, supper was ready. Mother took the lid off the pot and Hedy peered in. The greens were no longer crisply filling the pot. They had wilted down to a small amount, and for the first time Hedy understood something. No wonder Mrs. Champlin had called them a "mess of greens." That's just what they looked like - a mess.
Anything so hard to dig, so hard to scrape, so hard hard to wash clean should have been worth the trouble, Hedy thought. But they weren't. They were dreadful. Peter and Mary Rose took one taste and made faces. Peter took a big drink of milk and swallowed his mouthful, but Mary Rose spit hers right back on the plate.
"Why, Mary Rose!" exclaimed Mother.
"I can't help it Mary Rose whined. "Those things aren't fit to eat."
Hedy continued to eat hers, almost choking on every mouthful. She looked to out of the corner of her eye at the others. Mother and Dad and Mrs. Lynch seemed to be really enjoying theirs. Well, she dug them and now she'd eat them, she resolved, but she'd never again be so willing to dig dandelions greens.
"That's what I like to see: a child enjoying food that's good for her," said Mrs. Lynch.
Hedy looked up quickly and saw to her suprise that Mrs. Lynch's blue eyes were twinkling and her shoulders were shaking.
​"Don't try so hard, Hedy," she said at last. "You've shown your good intentions. Now eat the rest of your supper and enjoy it. Forget the dandelion greens. Just eat a little every time they're put on the table, and by the time you're grown up you'll like them."
ur Ready-made family
av Frances Salomon Murphy