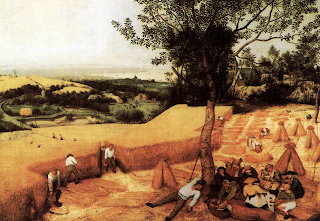 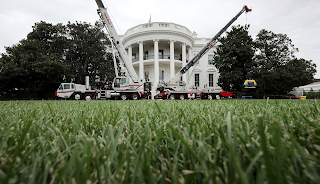 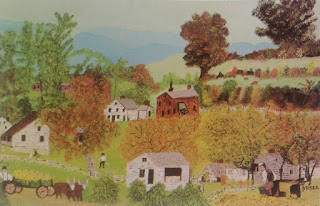 The dark green summer, with its massive hues,
Fades into Autumn's tincture manifold;
A gorgeous garniture of fire and gold
The high slope of the ferny hill indues.
The mists of morn in slumbering layers diffuse
O'er glimmering rock, smooth lake, and spiked array
Of hedgerow thorns a unity of gray.
All things appear their tangible form to lose
In ghostly vastness. But anon the gloom
Melts, as the sun puts off his muddy veil.
And now the birds their twittering songs resume,
All summer silent in the leafy dale.
In spring they piped of love on every tree,
But now they sing the song of memory.
Hartley Coleridge 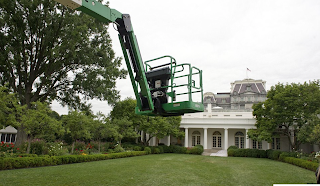 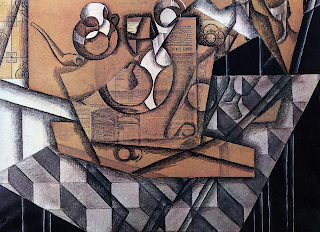 At the end of August, when all
The letters of the alphabet are waiting,
You drop a teabag in a cup.
The same few letters making many different words,
The same words meaning different things.

Often you’ve rearranged them on the surface of the fridge.
Without the surface
They’re repulsed by one another.

Here are the letters.
The tea is in your cup.

At the end of August, the mind
Is neither the pokeweed piercing the grass
Nor the grass itself.
As Tony Cook says in The Biology of Terrestrial Mollusks

The right thing to do is nothing, the place
A place of concealment,
And the time as often as possible.
James Longenbach 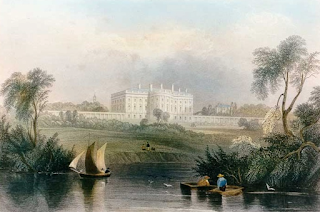 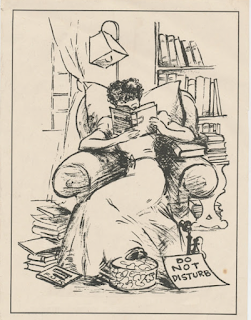 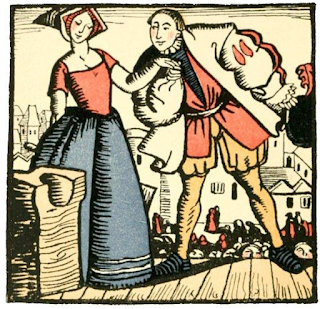 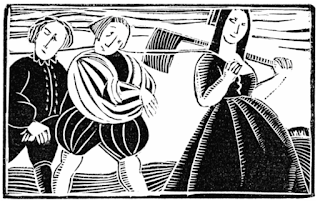 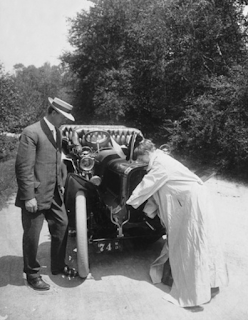 "Mrs. Mosscrop-Smythe was in curl-papers and a faded blue kimono that allowed no suggestion to escape of the form beneath." 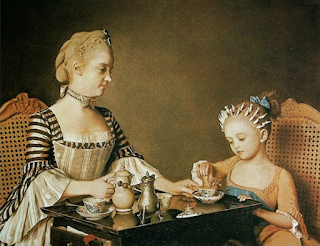 Jakten på den perfekta boken, går vidare; jag nosar på Allan McAulays böcker, för jag vet att jag läst något av honom tidigare, men han faller mig inte i smaken. Fast innan jag lämnar honom ger en av hans meningar mig anledning att konsultera en etymologisk ordbok.
"'Oh, Lord, child!' said Mrs. Maclehose, 'who doesn't, dear? He has stumped the streets of Edinburgh, and every sizeable town in the country, in search of a wife this twenty years and more! Jimmy Cheape! No, Alison (for you'll let me call you Alison? I like you, child, and will love you, I know—'tis all arranged by our Fates). No, no! 'tis not you that are destined for Mr. Cheape; never think it!'

'I would not think it, if I could help it,' said the literal Alison. 'But 'tis all arranged—indeed it is—and my mother set upon it in her mind, and nothing will turn her.'
'I will turn her!' cried the lively little grass-widow, with her charming smile and a flash of her dark eyes."
ur "The Rhymer " från 1900, av Allan McAulay
Visst har jag hör några olika skämtsamma förklaringar på ordet gräsänka, men jag har inte vetat vilken som kom sanningen närmast, och hur länge vi använt uttrycket.
Så här säger NE:

1520s, the earliest recorded sense is "mistress;" the allusion to grass is not clear, but it commonly was believed to refer to casual bedding (compare bastard and German Strohwitwe, literally "straw-widow," and compare the expression give (a woman) a grass gown "roll her playfully on the grass" (1580s), also euphemistic for the loss of virginity). Revived late 18c. as "one that pretends to have been married, but never was, yet has children;" in early 19c. use it could mean "married woman whose husband is absent" (and often presumed, but not certainly known to be, dead), also often applied to a divorced or discarded wife or an unmarried woman who has had a child. Both euphemistic and suggestive.

[G]rasse wydowes ... be yet as seuerall as a barbours chayre and neuer take but one at onys. [More, 1528]
GRASS WIDOW, s. a forsaken fair one, whose nuptials, not celebrated in a church, were consummated, in all pastoral simplicity, on the green turf. [Rev. Robert Forby, "Vocabulary of East Anglia," London, 1830]

Extended to "woman separated from or deserted by her husband" from mid-15c. (usually in a combination, such as grass widow). As a prefix to a name, attested from 1570s. Meaning "short line of type" (especially at the top of a column) is 1904 print shop slang. Widow's mite is from Mark xii.43. Widow's peak is from the belief that hair growing to a point on the forehead is an omen of early widowhood, suggestive of the "peak" of a widow's hood. The widow bird (1747) so-called in reference to the long black tail feathers of the males, suggestive of widows' veils. 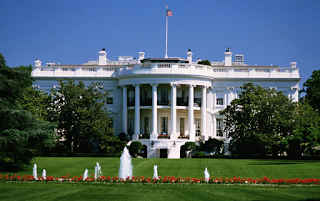 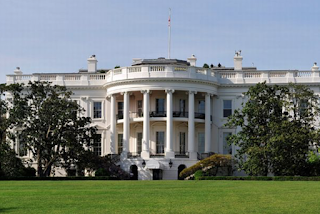 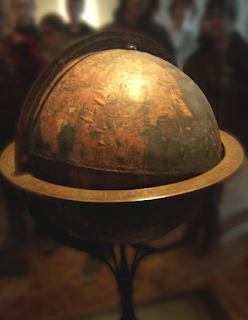 1. The aeronaut can see for himself that Earth is a Plane. The appearance presented to him, even at the highest elevation he has ever attained, is that of a concave surface—this being exactly what is to be expected of a surface that is truly level, since it is the nature of level surfaces to appear to rise to a level with the eye of the observer. This is ocular demonstration and proof that Earth is not a globe.

5. The lights which are exhibited in lighthouses are seen by navigators at distances at which, according to the scale of the supposed “curvature” given by astronomers, they ought to be many hundreds of feet, in some cases, down below the line of sight! For instance: the light at Cape Hatteras is seen at such a distance (40 miles) that, according to theory, it ought to be nine-hundred feet higher above the level of the sea than it absolutely is, in order to be visible! This is a conclusive proof that there is no “curvature,” on the surface of the sea—“the level of the sea,”—ridiculous though it is to be under the necessity of proving it at all: but it is, nevertheless, a conclusive proof that the Earth is not a globe.

10. That the mariners’ compass points north and south at the same time is a fact as indisputable as that two and two makes four; but that this would be impossible if the thing were placed on a globe with “north” and “south” at the centre of opposite hemispheres is a fact that does not figure in the school-books, though very easily seen: and it requires no lengthy train of reasoning to bring out of it a pointed proof that the Earth is not a globe.

15. The idea that, instead of sailing horizontally round the Earth, ships are taken down one side of a globe, then underneath, and are brought up on the other side to get home again, is, except as a mere dream, impossible and absurd! And, since there are neither impossibilities nor absurdities in the simple matter of circumnavigation, it stands, without argument, a proof that the Earth is not a globe.

19. Every man in his senses goes the most reasonable way to work to do a thing. Now, astronomers (one after another—following a leader), while they are telling us that Earth is a globe, are cutting off the upper half of this supposititious globe in their books, and, in this way, forming the level surface on which they describe man as living and moving! Now, if the Earth were really a globe, this would be just the most unreasonable and suicidal mode of endeavoring to show it. So that, unless theoretical astronomers are all out of their senses together, it is, clearly, a proof that the Earth is not a globe.
20. The common sense of man tells him—if nothing else told him—that there is an “up” and a “down” in nature, even as regards the heavens and the earth; but the theory of modern astronomers necessitates the conclusion that there is not: therefore, the theory of the astronomers is opposed to common sense—yes, and to inspiration—and this is a common sense proof that the Earth is not a globe.

51. A “Standing Order” exists in the English Houses of Parliament that, in the cutting of canals, &c., the datum line employed shall be a “horizontal line, which shall be the same throughout the whole length of the work.” Now, if the Earth were a globe, this “Order” could not be carried out: but, it is carried out: therefore, it is a proof that the Earth is not a globe.

85. There are rivers which flow east, west, north, and south—that is, rivers are flowing in all directions over the Earth’s surface, and at the same time. Now, if the Earth were a globe, some of these rivers would be flowing up-hill and others down, taking it for a fact that there really is an “up” and a “down” in nature, whatever form she assumes. But, since rivers do not flow up-hill, and the globular theory requires that they should, it is a proof that the Earth is not a globe.

100. The Sun, as he travels round over the surface of the Earth, brings “noon” to all places on the successive meridians which he crosses: his journey being made in a westerly direction, places east of the Sun’s position have had their noon, whilst places to the west of the [26]Sun’s position have still to get it. Therefore, if we travel easterly, we arrive at those parts of the Earth where “time” is more advanced, the watch in our pocket has to be “put on,” or we may be said to “gain time.” If, on the other hand, we travel westerly, we arrive at places where it is still “morning,” the watch has to be “put back,” and it may be said that we “lose time.” But, if we travel easterly so as to cross the 180th meridian, there is a loss, there, of a day, which will neutralize the gain of a whole circumnavigation; and, if we travel westerly, and cross the same meridian, we experience the gain of a day, which will compensate for the loss during a complete circumnavigation in that direction. The fact of losing or gaining time in sailing round the world, then, instead of being evidence of the Earth’s “rotundity,” as it is imagined to be, is, in its practical exemplification, an everlasting proof that the Earth is not a globe. 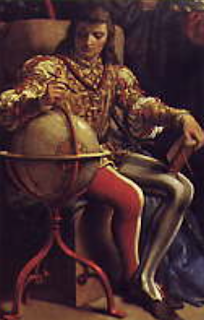 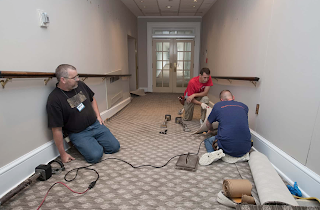 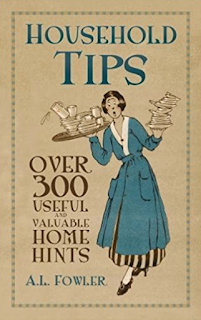 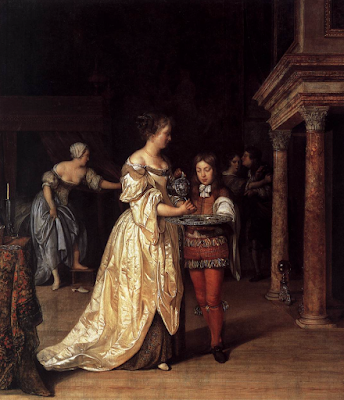 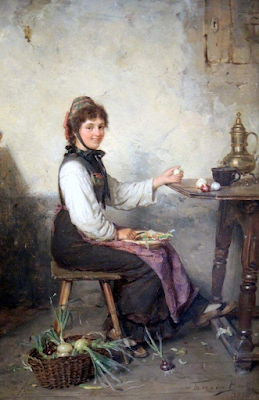 Boken heter
och författaren, som jag inte lyckats ta reda på någonting om, har för säkerhetsskull klämt in ett förbehåll i början:
To the many efficient and up-to-date housekeepers of our land this book is respectfully dedicated, in the hope that they may find something herein to further increase their efficiency. While the author does not guarantee the reliability of these household helps, they have been carefully compiled from reliable sources and are believed to be efficient if directions are carefully followed. 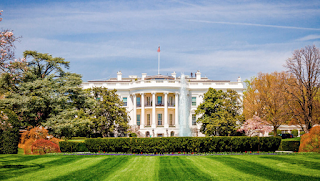 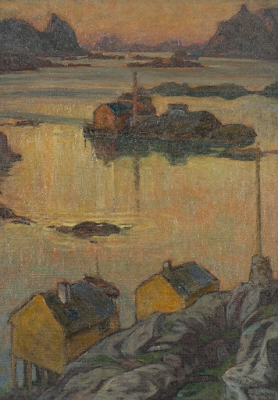 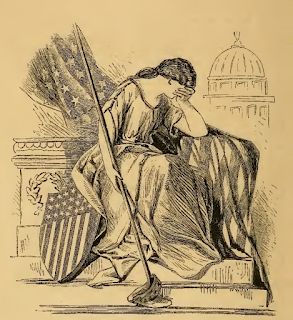 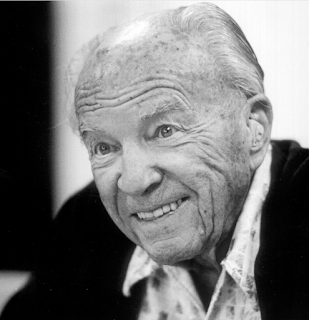 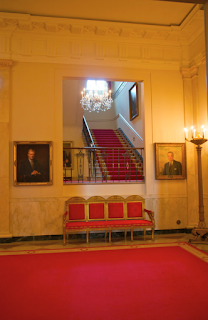 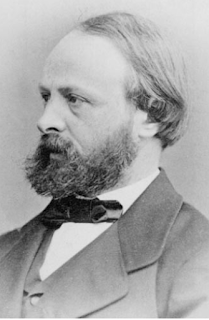 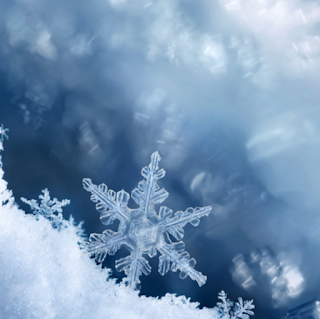 Out of the bosom of the Air,
Out of the cloud-folds of her garments shaken,
Over the woodlands brown and bare,
Over the harvest-fields forsaken,
Silent, and soft, and slow
Descends the snow.

Even as our cloudy fancies take
Suddenly shape in some divine expression,
Even as the troubled heart doth make
In the white countenance confession,
The troubled sky reveals
The grief it feels.

This is the poem of the air,
Slowly in silent syllables recorded;
This is the secret of despair,
Long in its cloudy bosom hoarded,
Now whispered and revealed
To wood and field.
Henry Wadsworth Longfellow

c. 1300, from the noun, replacing Old English sniwan, which would have yielded modern snew (which existed as a parallel form until 17c. and, in Yorkshire, even later), from the root of snow (n.). The Old English verb is cognate with Middle Dutch sneuuwen, Dutch sneeuwen, Old Norse snjova, Swedish snöga.

The figurative sense of "overwhelm; surround, cover, and imprison" (as deep snows can do to livestock) is 1880, American English, in phrase to snow (someone) under. Snow job "strong, persistent persuasion in a dubious cause" is World War II armed forces slang, probably from the same metaphoric image.
snow (n.)