"All human beings should try to learn before they die
what they are running from, and to, and why."
James Thurber 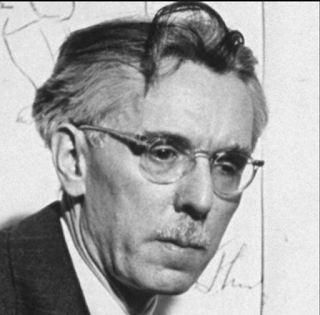 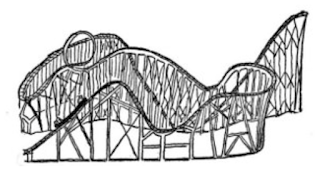 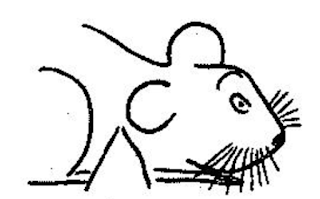 The Foolhardy Mouse and the Cautious Cat

Such sport there had been that day, in the kitchen and the pantry, for the cat was away and the mice were playing all manner of games: mousy-wants-a-corner, hide-and-squeak, one-old-cat, mouse-in-boots, and so on. Then the cat came home.
"Cat's back!" whispered Father Mouse.
"Into the wainscoting, all of you!" said Mother Mouse, and all of the mice except one hastily hid in the woodwork.
The exception was an eccentric mouse named Mervyn, who had once boldly nipped a bulldog in the ear and got away with it. Mervyn did not know at the time, and never found out, that the bulldog was a stuffed bulldog, and so he lived in a fool's paradise.
The day the cat, whose name was Pouncetta, came back from wherever she had been, she was astonished to encounter Mervyn in the butler's pantry, nonchalantly nibbling crumbs. She crept toward him in her stocking feet and was astounded when he turned, spit a crumb in her eye, and began insulting her with a series of insults.
"How did you get out of the bag?" Mervyn inquired calmly. "Put on your pajamas and take a cat nap." He went back to his nibbling, as blasé as you please.
"Steady, Pouncetta," said Pouncetta to herself. "There is more here than meets the eye. This mouse is probably a martyr mouse. He has swallowed poison in the hope that I will eat him and die, so that he can be a hero to a hundred generations of his descendants."

Mervyn looked over his shoulder at the startled and suspicious cat and began to mock her in a mousetto voice. "Doodness dwacious," said Mervyn, "it's a posse cat, in full pursuit of little me." He gestured impudently with one foot. "I went that-a-way," he told Pouncetta. Then he did some other imitations, including a pretty good one of W. C. Fieldmouse.
"Easy, girl," said Pouncetta to herself. "This is a mechanical mouse, a trick mouse with a built-in voice. If I jump on it, it will explode and blow me into a hundred pieces. Damned clever, these mice, but not clever enough for me."
"You'd make wonderful violin strings, if you had any guts," Mervyn said insolently. But Pouncetta did not pounce, in spite of the insult unforgivable. Instead, she turned and stalked out of the butler's pantry and into the sitting room and lay down on her pillow near the fireplace and went to sleep.
When Mervyn got back to his home in the woodwork, his father and mother and brothers and sisters and cousins and uncles and aunts were surprised to see him alive and well. There was great jollity, and the finest cheese was served at a family banquet. "She never laid a paw on me," Mervyn boasted. "I haven't got a scratch. I could take on all the cats in the Catskills." He finished his cheese and went to bed and fell asleep, and dreamed of taking a catamount in one minute and twenty-eight seconds of the first round.
MORAL: Fools rush in where angels fear to tread, and the angels are all in Heaven, but few of the fools are dead. 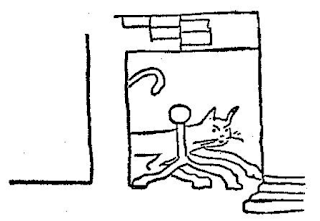