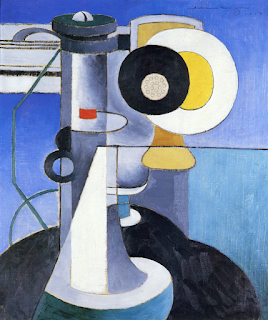 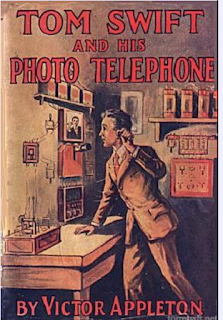 "Tom, I don't believe it can be done!"
"But, Dad, I'm sure it can!"
Tom Swift looked over at his father, who was seated in an easy chair in the library. The elderly gentleman--his hair was quite white now--slowly shook his head, as he murmured again:
"It can't be done, Tom! It can't be done! I admit that you've made a lot of wonderful things--things I never dreamed of--but this is too much. To transmit pictures over a telephone wire, so that persons cannot only see to whom they are talking, as well as hear them--well, to be frank with you, Tom, I should be sorry to see you waste your time trying to invent such a thing."
"I don't agree with you. Not only do I think it can be done, but I'm going to do it. In fact, I've already started on it. As for wasting my time, well, I haven't anything in particular to do, now that my giant cannon has been perfected, so I might as well be working on my new photo telephone instead of sitting around idle."
_ _ _
It was wearying and nervous work--this waiting. Tom and Ned felt the strain as they sat there in Mrs. Damon's library, near the telephone. It had been fitted up in readiness. Attached to the receiving wires was a sensitive plate, on which Tom hoped would be imprinted the image of the man at the other end of the wire--the criminal who, in exchange for the valuable land papers, would give Mr. Damon his liberty.
There was also the phonograph cylinder to record the man's voice. Several times, while waiting for the call to come in, Tom got up to test the apparatus. It was in perfect working order.
As before, there was an extension telephone, so that Mrs. Damon could talk to the unknown, while Tom could hear as well. But he planned to take no part in the conversation unless something unforeseen occurred.
Mr. Damon was an enthusiastic photographer, and he had a dark room adjoining his library. It was in this dark room that Tom planned to develop the photo telephone plate.
On this occasion he was not going to use the metal plate in which, ordinarily, the image of the person talking appeared. That record was but a fleeting one, as in a mirror. This time Tom wanted a permanent picture that could, if necessary, be used in a court of justice.
Tom's plan was this: If the person who had demanded the papers came to one of the photo telephones, and spoke to Mrs. Damon, Tom would switch on the receiving apparatus. Thus, while the man was talking, his picture would be taken, though he would not know of the thing being done.
His voice would also be recorded on the wax cylinder, and he would be equally unaware of this.
When Tom had imprinted the fellow's image on the prepared plate, he would go quickly to the dark room and develop it. A wet print could be made, and with this as evidence, and to use in identification, a quick trip could be made to the place whence the man had telephoned. Tom hoped thus to capture him.
To this end he had his airship in waiting, and as soon as he had developed the picture he planned to rush off to the vicinity of the sawmill, and make a prisoner of the man whose features would be revealed to him over the wire.