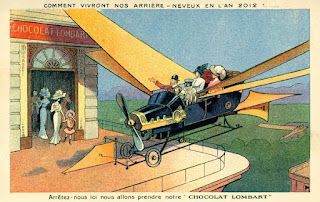 ”A. D. 10,000. An old man, more than six hundred years of age, was walking with a boy through a great museum. The people who were moving around them had beautiful forms, and faces which were indescribably refined and spiritual.

“Father,” said the boy, “you promised to tell me to-day about the Dark Ages. I like to hear how men lived and thought long ago.

”It is no easy task to make you understand the past,” was the reply. “It is hard to realize that man could have been so ignorant as he was eight thousand years ago, but come with me; I will show you something.”

He led the boy to a cabinet containing a few time-worn books bound in solid gold.

“You have never seen a book,” he said, taking out a large volume and carefully placing it on a silk cushion on a table. “There are only a few in the leading museums of the world. Time was when there were as many books on earth as inhabitants.”

“I cannot understand,” said the boy with a look of perplexity on his intellectual face. “I cannot see what people could have wanted with them; they are not attractive; they seem to be useless.”

The old man smiled. “When I was your age, the subject was too deep for me; but as I grew older and made a close study of the history of the past, the use of books.

The old man put his delicate fingers on the page. “A line of these words may have conveyed a valuable thought to a reader long ago,” he said, reflectively. “In fact, this book purports to be a history of the world up to the year 2000. Here are some pictures,” he continued, turning the worn leaves carefully. “This is George Washington; this a pope of a church called the Roman Catholic; this is a man named Gladstone, who was a great political leader in England.