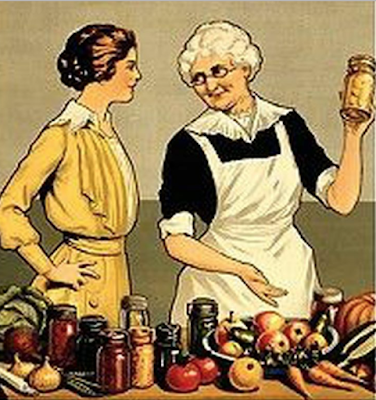 What's the meaning of the phrase 'Play gooseberry'?

To play gooseberry is to act as a chaperone to a couple who are romantically inclined.

What's the origin of the phrase 'Play gooseberry'?

Before we start on the derivation of 'play gooseberry' let's just consider why a gooseberry is called a gooseberry. Rather frustratingly, the OED, which is the best source of knowledge on word origins, has a few speculations but nothing definitive. They suggest that may be a corruption of 'gorseberry', which is plausible as gooseberry bushes do superficially resemble gorse, or it may be a corruption of 'groseberry', which is formed from the French name for the bush 'grosielle'. In the end though they admit defeat and say:

The grounds on which plants and fruits have received names associating them with animals are commonly inexplicable.

Coming back to the expression playing gooseberry; this is mostly limited to the UK and even there is somewhat archaic. Other parts of the English-speaking would use 'being the third wheel', which has a similar meaning. When 'play gooseberry' was coined, in 19th century England, it referred to someone acting as a chaperone to a couple. It was widely accepted in middle class circles that it would be improper for a woman of good character to be alone with a man of marriageable age. More recently the expression has come to refer to anyone who is present as a third party to a couple who would rather be alone, whether deliberately or not - more like the US 'third wheel'.
So, why gooseberry?
The expression alludes to the role of the chaperone, who had to be present and within earshot of the romantic couple but had also to pretend to be otherwise occupied. If this scene was played out inside a home the pretext might be sewing or reading a book; if outside it might be picking flowers or fruit. 'Playing gooseberry' began as 'playing gooseberry picker'.
The first use of 'play gooseberry' that I can find in print is in the glossary of the English author Mary Palmer's A Dialogue in the Devonshire Dialect, 1837

Gubbs, a go-between or gooseberry. ‘To play gooseberry’ is to give a pretext for two young people to be together.

It's worth noting that the social conventions of the time that 'play gooseberry' was coined compelled Mary Palmer's name to be omitted from the above book, where she is listed only as 'A Lady'.
The fact that Palmer listed 'play gooseberry' as a synonym for the slang word 'gubbs' suggests that the phrase would have been known to her 1830s readers and may have been widely known for some years by then.
A text that explicitly links the term 'playing gooseberry' with acting as a chaperone is found in the English writer Edmund Yates' novel Nobody's Fortune, 1872:

"Not interrupting you, I hope?" said Mr. Womersley, as he came up to Frank. "Not that you [a young couple] haven't as much time to yourselves as you can possibly wish. I think I play my part in that remarkably well. I am never in the way; and when I am with you, I betake myself in gooseberry picking, or watch the butterflies, with a discretion seldom to be found in an old gentleman so situated.

The phrase 'play gooseberry' is now used much less than in the past. It had little hope of persisting into the 21st century for at least three reasons. Firstly, it is no longer considered social death for a woman to be alone in the company of a man and chaperones are rarely called upon. Secondly, it has been overtaken by 'third wheel' in most parts of the world. Thirdly, gooseberry bushes, which were commonplace in English gardens in the Victorian age, are now a rarity and 'playing gooseberry picker' makes little sense to those in a culture who have never seen a gooseberry let alone a gooseberry bush.
Before finishing I should mention the idea that some people have put forward, that 'playing gooseberry' is in some way associated with devilry or violent mischief. This isn't right and comes about because of a confusion with an earlier phrase 'to play old gooseberry'. This is defined in George Grose's Classical Dictionary of the Vulgar Tongue, 1796:

He played up old gooseberry among them; said of a person who, by force or threats, suddenly puts an end to a riot or disturbance.

'Old gooseberry' was a medieval name for the Devil, and again we have no real understanding of why. What we can be sure of is that the similarity between the phrases 'playing gooseberry' and 'playing old gooseberry' is coincidental.
På svenska hittar jag bara ett enda "krusbärsuttryck": "att se ut som en krusbärsbuske i huvudet", vara krusig i håret.
*Hittade inlägget, här är det, Litterära och nyttiga bär. Där finns även ett recept på gooseberry-fool. 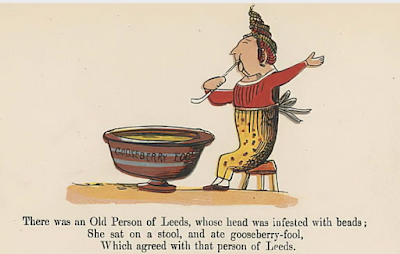