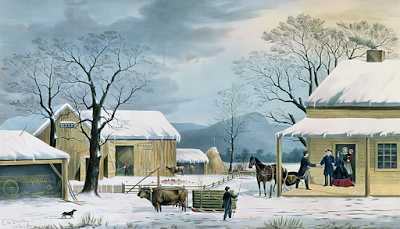 NOVEMBER EYES
I question everyone, everything, even the sunas I drive east down Main Street — radio off–to Amy’s diner. She bobby-pins her hair, smilesher usual good mornin’ but her eyes askew saysomething like: You believe this? as she wipesthe counter, tosses aside the Journal Times —the election headlines as bitter as the coffeeshe pours for me without a blink. After a cupand a blueberry muffin I remember my billsare due by the fifteenth — so I cross on Mainto the post office. Those American flag stampsare all Debbie has left. I refuse to buy them:a never mind in my eyes which she dismisseswith a gesture of suit yourself. Bills can wait,but not my dog’s treats or the milk I’m out of— so I drive up Main again to the Food Basket.Paper or plastic, Jan asks me at the checkout,but it doesn’t matter. What matters is this:she’s been to my bar-b-ques, I’ve donatedto her son’s football league, we’ve shoveledeach other’s driveways, we send each otherChristmas cards. She knows I’m Latino andgay. Yet suddenly I don’t know who she isas I read the button on her polyester vest:Trump: Make America Great Again, meaningshe doesn’t really know me either. We managesmiles when she hands me my change, butour locked eyes say: nothing — so I dash off —go see Tom at the bank to cash a measly checkfrom some grand magazine for some grandpoem of mine loaded with some grand wordslike transcend, as if my inked verbs could benda river’s will, shuffle stars, change the fate ofour nation, or the blur in Tom’s eyes thinkingwhat I think of our reflection on the bullet-proof window, asking: So now what, Mr. Poet?I can’t answer. I can only remember todayI’m supposed to buy a rake, lightbulbs, nailsto hang my aging mother’s photos — so I swingby Union Hardware, see Dan who knows me,and what I need. He rings me up, doesn’t sayGoodbye, says Good luck, as if his eyes can seethe uncertainty in my own, worried about:my immigrant cousin, factory jobs, gropedwomen, hijabs, blacklists, bans, the church,the deep state, cops, race, and which livesmatter, hacked votes, refugee camps, deadchildren, missiles, suicide bombers, carbonfootprints, polar bears, sunk islands, my gaymarriage, the bills for my preexisting ulcerflaring, guns at malls, guns at schools, gunsat clubs, more guns, more corporate rights,soulless cubicles, the empty Supreme Courtseats, the border wall, bullying, the demiseof language, news, the silence of suspicion,the uneasy guessing, the surprise of who’swho, the cheers and gloating, or jeers andswearing, the final picking of sides, right orleft, red or blue state, city, or town, but nogrey today except for the November cloudslooming over Main Street with all the restof our unrest, arrested in our eyes clashingagainst each other’s glares, ready for battle.
från hans nyutkomna bok "How to Love a Country"