How He Left the Hotel — novellutmaningen 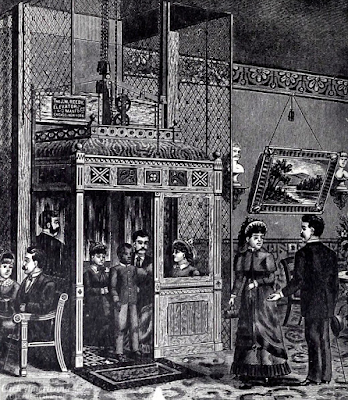 I used to work the passenger lift in the Empire Hotel, that big block of building in lines of red and white brick like streaky bacon, that stands at the corner of Bath Street. I'd served my time in the army and got my discharge with good conduct stripes, and how I got the job was in this way.
The hotel was a big company affair, with a managing committee of retired officers and such like, gentlemen with a bit o' money in the concern and nothing to do but fidget about it, and my late Colonel was one of 'em. He was as good tempered a man as ever stepped when his will wasn't crossed, and when I asked him for a job, "Mole," says he, "you're the very man to work the lift at our big hotel. Soldiers are civil and business-like, and the public like 'em only second best to sailors. We've had to give our last man the sack, and you can take his place."